Rémi Sermier, a partner with Pamina Avocats, was part of the United Arab Emirates (UAE) delegation that visited Kinshasa, Democratic Republic of Congo (DRC) on 11 December 2021 to sign the agreement entrusting DP World with the construction of a deep-sea port in Banana.

The UAE delegation was led by H.E. Mr. Khalifa Shaheen Al Marar, Minister of State at the Ministry of Foreign Affairs, and H.E. Mr. Sultan Ahmed Bin Sulayem, Chairman and CEO of DP World Group. The signing of the concession agreement together with a shareholders’ agreement for the operating company to be set up, took place in presence of H.E. Mr. Felix Tshisekedi, President of the DRC, the Prime Minister and the Ministers in charge of Transport, Portfolio, Budget and Finance.

The DRC does not currently possess a deep-sea port on its Atlantic coast, which means that all maritime traffic to and from this country passes through ports of neighboring countries, mainly Pointe Noire.

In March 2018, President Joseph Kabila’s Government had entered into a concession agreement with DP World for the design, financing, construction and operation of a port at Banana, on Congo River’s mouth. This agreement did not become effective because in 2019 President Tshisekedi’s government requested to renegotiate its terms.

After negotiations whose progress was delayed by the Covid-19 pandemic, the DRC and DP World Group agreed on the terms of the revised agreement that was signed on 11 December 2021. Preparatory operations for the port’s construction should be launched at the beginning of 2022. The objective is for the port to be commissioned in 2025. DP World will provide a total investment of over one billion dollars over the duration of the concession. 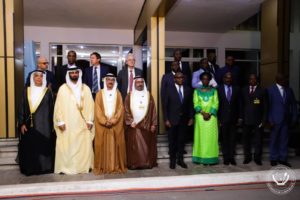